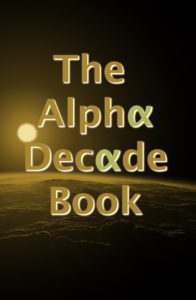 Celebrating ten years of the online Alpha Writers Group – The Alpha Decade Book combines writing challenges, stories and anecdotes from writers across the globe. It tells the story of how this unique group of writers came together to encourage each other to produce some of their best writing in a wide range of genres. The book is designed to entertain, inform and inspire the reader, whilst at the same time raising money for Macmillan Cancer Support. We hope you enjoy reading it as much as we have enjoyed its compilation. 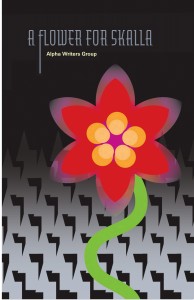 The City has becomes a bleak place since the Patreen invasion. Patreen stewards patrol the streets, while the original inhabitants, the Nasoots, are forced into exile or live as outlaws in the labyrinthine tunnels under the City. Only a handful of Nasoots remain in the City, where their superior technological skills are required by the Patreens. When the Nasoots invent a humoid far superior to the standard android, their plans to liberate the City from Patreen dominance take off with surprising results. Skalla, a young Nasoot girl, sparks off the liberation as she gradually discovers things that were outlawed in the oppressive City.

‘A Flower for Skalla’ is a collaborative writing project from Alpha Writers Group – it’s a science fiction story where each writer developed a new and exciting twist in the evolving plot.
All royalties go to Macmillan Cancer Support. 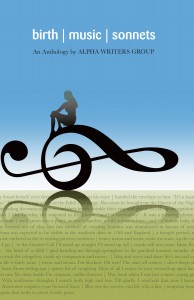 A collection of poems and short stories

A collection of short stories and poems from Alpha Writers Group. All proceeds go to the work of Macmillan Cancer Support. 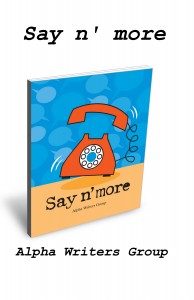 Dora Finnucane, a one time Eurovision Song Contest winner, has retired to a small village in the English countryside. All is not what it seems and when Lady Framworth is murdered, Dora finds herself embroiled in some dramatic events as the peaceful village becomes the hub of a sinister plot hatched by ruthless speculators.

‘Say n’ more’ is a collaborative writing project from Alpha Writers Group – it is a crime novella in which each section ends with a telephone connection. All royalties go to Macmillan Cancer Support. 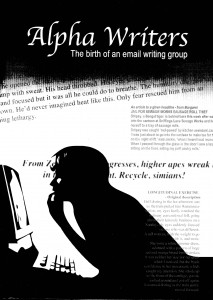 The Birth of an Email Writers’ Group

The Birth of an Email Writers’ Group

This was the original book brought out by Alpha in the early days of the group.