Write a love letter to a part (or cluster of parts) of your body. Dates, addresses and stamps not required. 300 word limit, excluding title if you have one. Please submit entries to Geoff by midnight UK time, Tuesday 21st April.

Suzanne is the Alpha Laureate of Season XI

For challenge 9 I would like you to write, up to 300 words (excluding title if given),  about one of the seven colours of the rainbow. You can interpret this in any way you wish, personal, cultural, general. However it is one of the colours of the rainbow that you can see not various shades or variations on the main colours. In other words – Red, Orange, Yellow, Green, Blue, Indigo and Violet.

The Leaderboard after Challenge 9:

Challenge 8:As if it had never been written!

The brief for Challenge 8 is based on the premise that Alice in Wonderland (plus sequel) never saw the light of day. Nobody knows anything about the books or about their author.

Now I’d like to tell you a short story.

Last year an empty cottage deep in an English wood, was found burned to the ground. Among the embers was an almost totally destroyed manuscript. All that remained were two badly charred pieces of paper. One was the remnant of some sort of illustration and the other was a scrap of narrative as follows:

“She had quite forgotten the Duchess by this time, and was a little startled when she heard her voice close to her ear. `You’re thinking about something, my dear, and that makes you forget to talk. I can’t tell you just now what the moral of that is, but I shall remember it in a bit.’

`Perhaps it hasn’t one,’ Alice ventured to remark.

`Tut, tut, child!’ said the Duchess. `Everything’s got a moral, if only you can find it.’ And she squeezed herself up closer to Alice’s side as she spoke.”

The Leaderboard after Challenge 8:

This challenge is going to be different, you decide, something special with the complex simplicity of a snowflake. You scratch your head and wonder whether to go for style or genre, but nothing much materialises until you hit on the idea of writing a piece in the 2nd person singular.

No sooner have you thought of it than you’re overwhelmed by doubts and worries in case they don’t like it. So you scratch a little deeper, but – alas – to no avail.

With no better ideas presenting themselves you decide to go for it. You even go one step further and throw in an extra obstacle in the shape of having to include an oxymoron in the piece, just for the fun of it.

You quickly look up oxymoron to make sure you know what you’re talking about. You find the best oxymoron you’ve ever come across and you want to use it in your piece: “Pianoforte”! It’s so brilliant, but it would be cheating to pick one you just found on line.

You also want to tell them that you disapprove of underlinings, because they’re like ‘screamers’. They make the reader out to be such a thick moron that they’d never have spotted that one unaided.

So here’s the brief for Season XI, Challenge 7:

Write a piece of prose in the 2nd person singular of no more than 300 words excluding the title, if used.

Include one example of an oxymoron in the entry.

Entries to reach me no later than Tuesday the 17th of February, midnight GMT.

Challenge 6: On This Day in History

In not more than 300 words write a non-fiction piece about an anniversary which occurs in 2015.
The event must actually have happened. It may have happened on any day in 2015.
It must have happened more than fifty years ago but not more than two thousand years ago.  It should be an anniversary of an event on a century or half-century.
If everyone chooses Magna Carta or the Battle of Waterloo that will be fine, but there are, of course, hundreds of events you could choose.
You should, obviously, give a historical description of what happened on the anniversary you choose but in marking we will also try to employ the Yozdehc-Falo matrix which also rewards a description of why the anniversary you have chosen is unique in your view or particularly stirs your emotions and/or is important to you.
Having set this, I don’t think it is easy but I know it will be fun!  I look forward to reading your submission.
Please let me have your piece no later than midnight on Tuesday 27th January.

The Alpha Leaderboard after Challenge 6:

Challenge 5: Too Many Cooks

You will be familiar with the old saying “Too many cooks spoil the broth”. As we’re getting close to the festive season and indeed just past Thanksgiving, I had a picture of chaos in the kitchen. But this is interpreting it literally of course!

So… to throw in a touch of polemics, your challenge is to argue AGAINST the general truth of the saying (think “many hands make light work”?)

This time your word limit is just 250 words and you have a choice of format: poetry or prose (fiction or non-fiction). If you wish to add a sentence to set the scene then that will not count within the 250 word limit.

Entries to me please by midnight GMT on Tuesday 6th January. Due to the Christmas break you have extra time.

The Alpha Leaderboard after Challenge 5:

A card writing company has commissioned you to write a verse for an ‘occasion’ card. It must run to six to eight lines and a maximum of 64 words and convey a serious message, that is likely to sell their card range. They have stressed that these are NOT humorous cards, but must seek to convey the depth of emotion of the sender. You may choose which occasion to submit the verse for, but it should be one of the following: 80th Birthday, Wedding Anniversary, Exam Congratulations, Father’s Day, Engagement, New Home or Christening.

Entries must be returned to me by 2nd December.

You have suffered an unfortunate mishap, and it shows. A well-meaning friend or relative sees the outcome, and politely asks about it. So your starting point is your heading: his or her question to you.

When did you get that black eye? or

Why have you got that plaster on your hand? or

What did you do to get that dent in your car? or

How did your kitchen window get broken?

You can choose your question, and follow this with a maximum of 300 words (probably 200 will be sufficient) to answer the question you have chosen. You may choose to write just a simple uninterrupted description, or indulge in conversation with the questioner should you so wish. The important aspect is that the mishap is either as a result of some stupid minor mistake that you made (and probably would rather not reveal) or a simple unfortunate error which may have had unexpected and/or bizarre consequence(s).

I would like your mishaps and consequences descriptions to be with me by Tuesday midnight (GMT) November 11th, please.

These should be theoretical mishaps only: please don’t go trying them out.

Challenge 2: Think Outside the Box

It’s time to “think outside the box”. Yes, that’s the theme for Challenge 2, and you may tackle it literally, idiomatically, metaphorically, tangentially, or a blend of any or all! Fiction or non-fiction.

To a maximum of 300 words, write about what the photo brings to mind.

Please send your entries to me by midnight UK time on Tuesday 30th September. 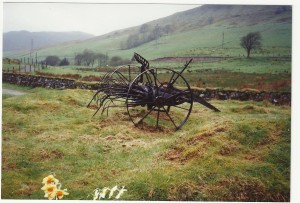 With just one challenge polished off, this season’s Leaderboard is only tentatively crawling into existence.

The results of the photo challenge were so clear that awarding points was a piece of cake.

All those who entered and voted get the statutory point for doing so, and when you add all that you get the following results:

The Leaderboard after Ch. 1 Season XI: